Judy, Mike’s mom, pronounced that this was her youngest baby and she was going all out for his wedding. She asked about doing a separate shoot of the wedding party before the wedding. Something fun, something stylish. Something she could use as the finale for a surprise slideshow during the wedding reception. I had just the shoot…and so the planning began.

I realize that I haven’t mentioned much of this in my blog posts, and maybe I’ll devote an entire separate entry to this in the near future, but it’s worth noting that I’m a big proponent of scouting my locations. Especially for a shoot such as this “Vanity Fair” photo shoot of Brittany, Mike and their wedding party. It’s one thing working with a single couple or even a small family–this planning can often be done in 10 to 15 minutes on-site by arriving early. But when you’re shooting a larger group at several locations, all new…well we’re big on the phrase “know before you go”. So for Brittany and Mike’s shoot I made a separate trip out to Judy’s private residence in Clearwater and took my notes, decided what my lighting would be and where it would be placed, and Judy even made a few great suggestions about adding more candles to the background, which really helped pull the entire image together.

Okay so I’ve blabbed enough about the method of the shoot. Now check out some of their images below. They make me smile every time I look at them. Honestly one of the most energetic and hilarious groups I’ve photographed–ever! 🙂 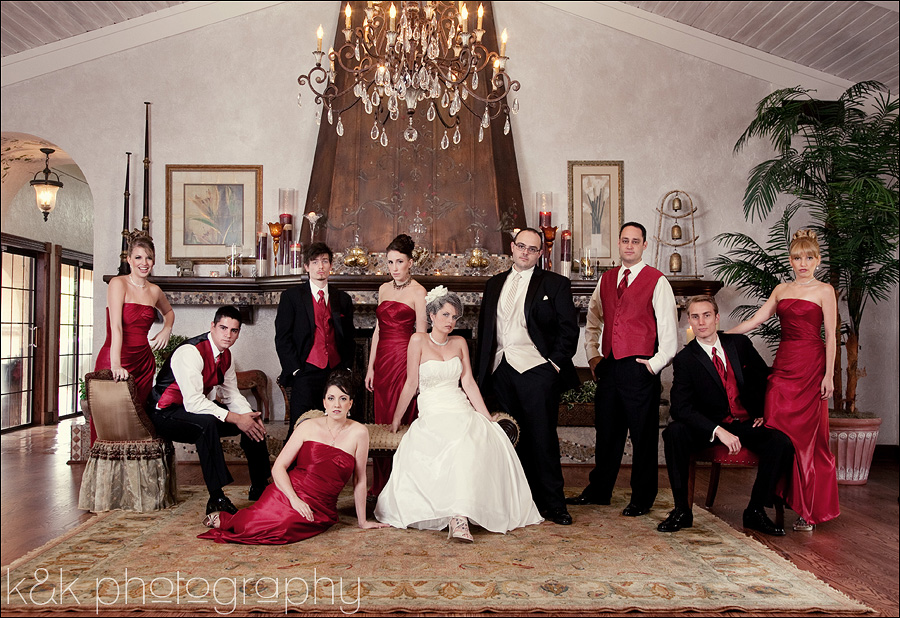 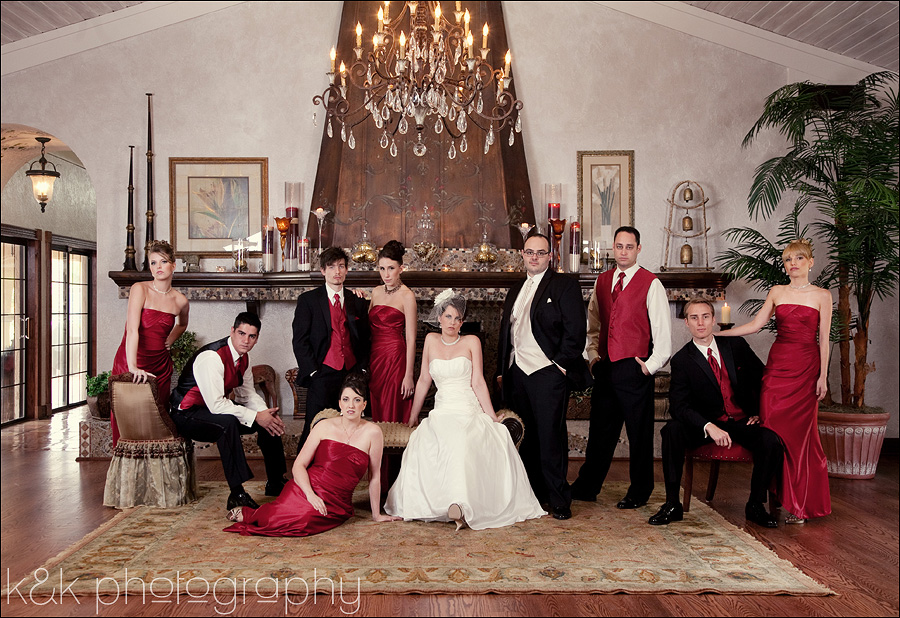 Seriously elegant here. You guys knocked it out of the park. 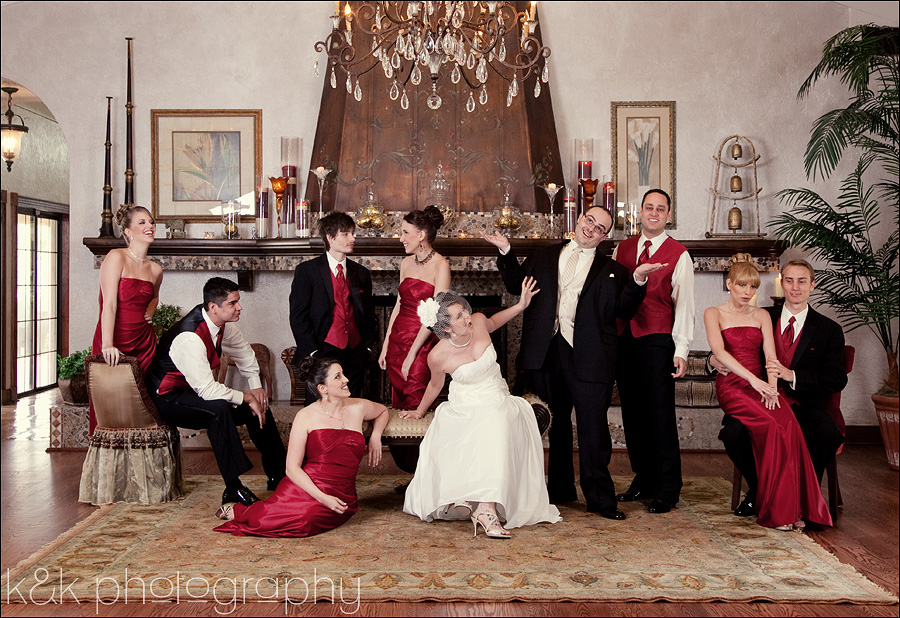 Whew…and a little comic relief. 🙂 I mean, a crazy group like this can only stay serious for so long.

Absolutely love this shot. Modern take on a classic pose. Love it.

Oh Jeremy and Adam…what will we do with you….

A seriously awesome couple. You guys are amazing.

I’m not sure if it’s against the rules, but if you catch your own bouquet does that mean you’re next to be married??

Not to be out-done, Mike makes a final appearance. 🙂

Thanks so much guys for an awesome shoot!

You rocked the posing on these! Love them.

LOVE these! Only wish we had more guests coming to ours so we can have a bit of fun with the poses! 😉 Brittany – your dress is gorgeous – love love love.