This was definitely not your typical engagement session! After meeting Lindsay, Jeff noted her striking resemblance to Twilight actress, Kirsten Stewart. Just prior to meeting her Jeff had been studying some of the lighting and editing techniques used by the Twilight photographer, Joey L. He was interested in creating this look and feel in one of his up and coming shoots and Lindsay was just the inspiration he was looking for. He approached her and her fiancee, Ferdi, with the idea of a Twilight themed fashion shoot for their engagement session. They were absolutely thrilled with the idea. That started the wheels in motion. To pull off a shoot like that takes a bit more than a typical engagement session. Hours of research and scouting went into finding the perfect location needed to create the look and feel of Twilight. We brought in Christine Wheaton of Femme Akoi for hair, make-up and wardrobe consultation. She stayed on location for the whole shoot, keeping our models looking just right. Though having no prior modeling experience, Lindsay and Ferdi were naturals in front of the camera and we were honestly blown away by how great they did! Here are some of the images from this amazing shoot! 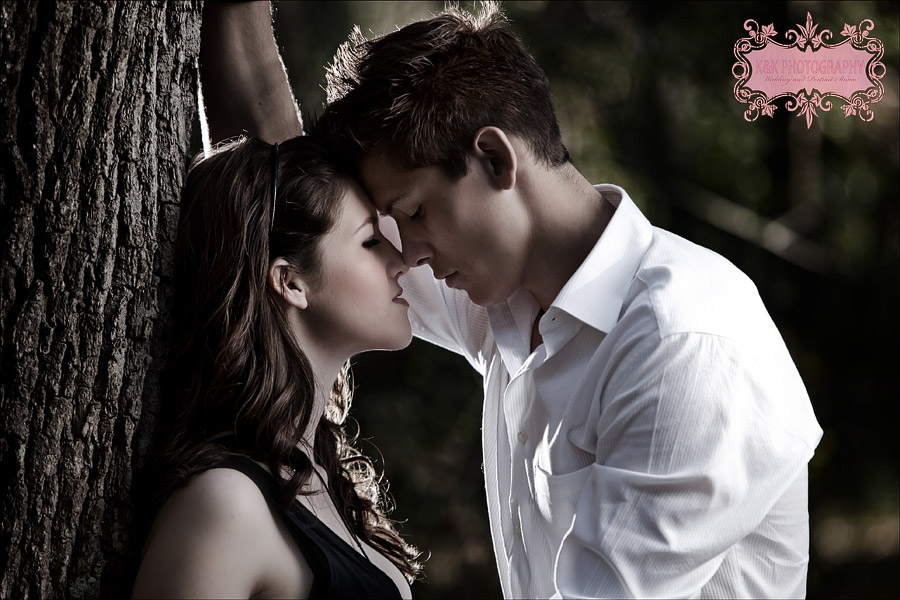 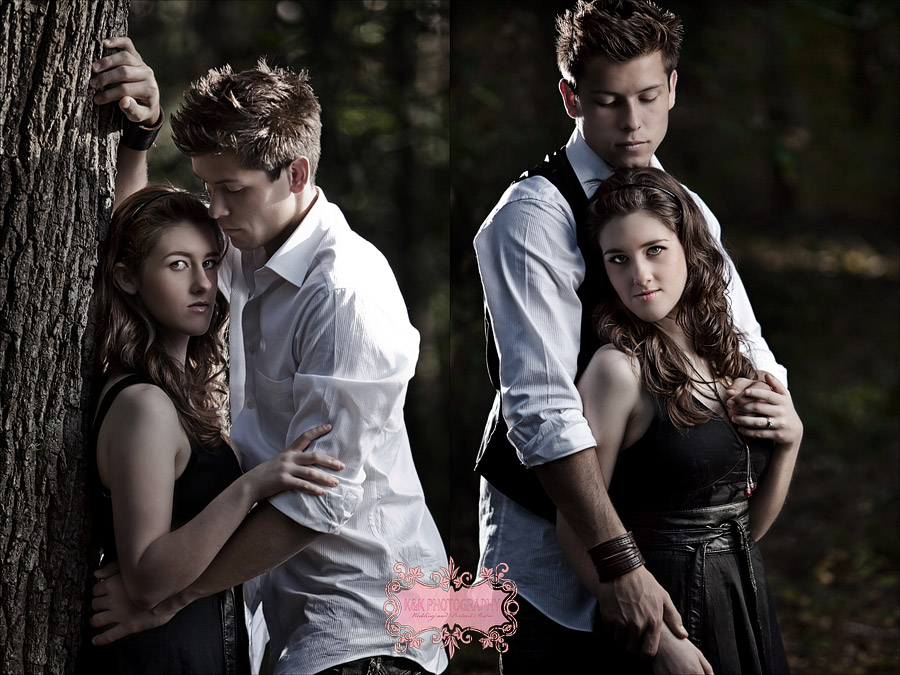 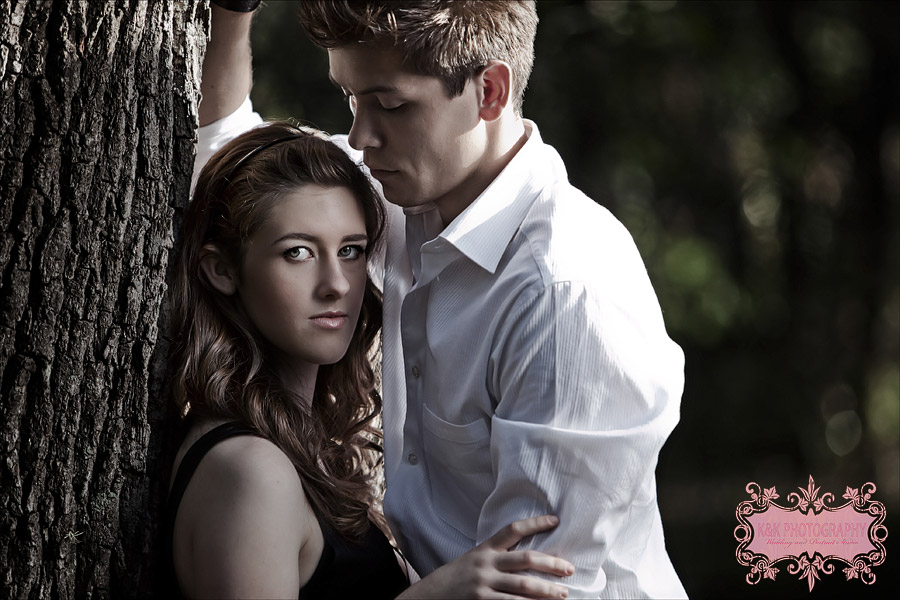 (This final image can be found in the current issue of Brides Florida Magazine! )

The feedback from this shoot has been overwhelming and we are thrilled with all the excitement it has generated! Honestly, who wouldn’t love a professional fashion shoot of themselves with a theme that is special to them, be it their favorite time period in history, or maybe a favorite movie, or style. With the opening of our new Studio in March we absolutely plan to offer Fashion Portraiture Engagement Sessions to all our couples!

A huge thank you goes to Christine of Femme Akoi for not only being an amazing hair and make-up artist, but for also being the ultimate Twilight expert due to her personal obsession with the series :). And thank you to Lindsay and Ferdi for helping inspire a whole new realm for Engagement sessions!

[…] and Ferdi were the wonderful couple from our Twilight themed engagement session. It was very special to be part of their beautiful wedding day. The wedding took place at the Fort […]

Wow, such a phenomenal shoot Jeff. I can still hardly believe the photos you guys got. =) Immensely inspirational.

Engagement shoots: Get inspired by your favorite Movie! – LOVE & LUST -

[…] After meeting couple Lindsay and Ferdi, photographer Jeff knew just what theme to use for their engagement session, “Twilight”! The photographer had been studying the type of photography used to do the “Twilight” movie posters, so he was eager to try it on this lovely couple. The shoot turned out great, he was able to capture the movie magic that made Twilight such a phenomenon, and create one of a kind photos that the couple was sure to love. To see more please visit: http://blog.kandkphotography.com/lindsay-ferdi-fashion-portraiture-engagement/ […]